Lacey Carson dreams of experiencing the world outside of the mundane town her father limits her to. “Go big or go home”? Lacey is already wrapped up in her comforter before that question can be finished. Her fight or flight instinct falls hard in one direction only.

When the opportunity presents itself for more adventure, Lacey jumps in head first before Travis can say no. It may be a little more than she bargained for as she learns about the ups and downs of independence, her own strength, and the crime world she quickly becomes immersed into.

I looked behind us. There was a large van with guns poking out of it.

“Oh my God,” I cried, clasping a hand to my mouth. I turned back facing forward and slouched down to keep out of the way if they shot the back window.

“Don’t go that way. Keep away from our new place,” Cameron ordered Travis as he flew past cars. He took a sharp turn, pulling up the emergency brake to make the turn before releasing it and continuing down with no regard towards the speed limit.

“What new place?” Travis shot back.

“Left. Don’t go straight. I said left,” Cameron said, pointing with his hand that had a gun in it.

I swallowed. I had no idea what they were talking about but I didn’t care. I was not going to live much longer anyway. I held my head in my hands, massaging my temple with my fingertips.

“I don’t know where I’m going,” Travis shouted as we skidded around a sharp turn.

My body rammed against the side of Finn’s from the force.

“Let me drive,” Ben said from next to me in the backseat at the same time Cameron yelled for them to switch.

I racked my brain for how that was going to happen. We were going more than a safe amount above the speed limit. Stopping to switch would only slow us down and even though I was a firm believer in speed limits, that option wasn’t looking too great right now.

“Take it, Cam,” Travis said as he moved back from the steering wheel.

Cameron scooted over slightly. He put one hand on the wheel and I watched in horror as he moved one leg down to where the gas pedal would be. From the speed, it felt like it was being floored. My eyes bulged.

Ben hopped in front of me at the same time Travis flicked a switch underneath his seat, causing it to move back as far as it would go. The two boys fit in the seat awkwardly as they moved around each other; Ben taking Travis’ seat and Travis crouching to climb back.

“Hey gorgeous,” Travis said as he faced me while in between the drivers and passenger’s seat. He flashed a cheeky smile before climbing to where Ben was previously seated next to me.

The whole exchange happened in the span of maybe seven seconds. I blinked. There was no way I was living to see the age of eighteen at this rate.

Ben made the seat go to the right distance away from the pedals and Cameron moved back over to his seat. The speed, if anything, went faster now that Ben was driving. Cameron started talking to him about something but I couldn’t pick it out.

Travis came into my line of view as he fumbled through the duffel bag at my feet before pulling out a large gun. He pushed himself out of the window so he was leaning out of it with his chest facing the car. Finn was doing the same, only Travis seemed to be sitting on the arm rest on the side of the door, not putting him out of the car as much as Finn, who was literally sitting on the window edge.

“Lacey!” Finn yelled. He slumped quickly back into the car. “Hold my legs for me.”

Without giving me a chance to say yes or no, and without second guessing the trust he put in the girl he kidnapped hours ago, he forced himself back out the window. I crawled over to where he was and held onto the top of his legs. I sat on my knees, putting them directly on his feet to try to put more weight on him to keep him from falling out of the car.

“Next time, don’t make such a grand entrance,” Cameron yelled in the direction of where Travis’ body was. Cameron’s window was rolled down as well, but I don’t know how much he was actually doing since I felt like Finn was blocking most of his view with his body.

“Excuse me?” Travis shot back. I could barely hear him but he must have moved his head in slightly as he spoke. Otherwise, I think the wind and bullets would have carried his voice away.

“Let’s lay on the horn and tear up the roads as we come home to get everyone’s attention, what an idea!” Cameron scolded.

“Sorry, you’re going to have to yell louder if you want me to hear you over the squealing tires and bullets being shot at me,” Travis demanded.

J.S. Christine has been writing novels since 2011 and graduated with a degree in Creative Writing. She strives to give readers worlds they can relax in with characters they can call their friends. Her novels typically travel down the obstacle-ridden roads of self-discovery with music blasting in the car’s speakers and the occasional explosion off to the side. Her first novel, Sparked, was self-published in 2016. When she isn’t writing, she can be found binge reading books, burning cookies, attempting to run, or teaching her three cats how great popcorn is. 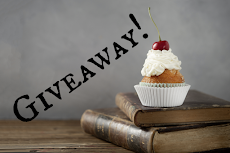