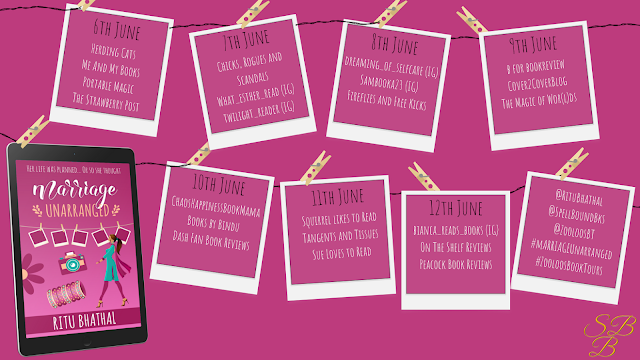 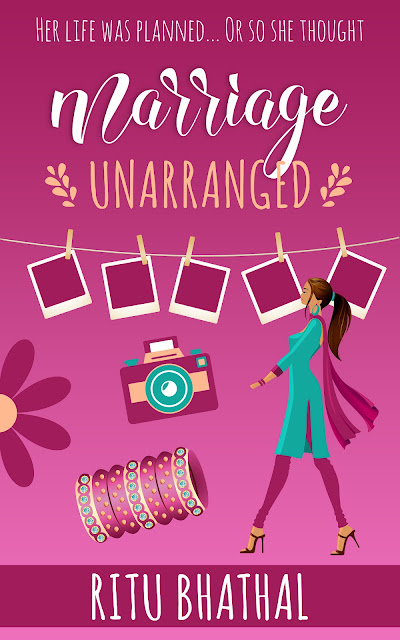 It all s̶t̶a̶r̶t̶e̶d̶ ended with that box…
The year 2000 and Aashi’s life was all set.
New Millennium ,exciting beginnings, new life.
Or so she thought.
Like in the Bollywood films, Ravi would woo her, charm her family and they’d get married and live happily ever after.
But then Aashi found the empty condom box...
Putting her ex-fiancé and her innocence behind her, Aashi embarks upon an enlightening journey, to another country, where vibrant memories are created, and unforgettable friendships forged.
Old images erased, new beginnings to explore.
And how can she forget the handsome stranger she meets?
A stranger who’s hiding something…
Coming Summer 2023 , book 2 in The Rishtay Series

Source: I receieved this book in exchange for an honest review. This in no way alters my opinion or review.
Review:
Aashi's world was just turned upside down after she caught her fiancé cheating, now she embarks on a journey to India to blow off steam and try to find herself along the way.
While the book focuses on Aashi and her relationship, there are a number of other characters and the book alternated between their POVs. It includes Sunny and Bali, Aashi's older brothers, Kiran her best friend, and Arjun a very attractive man that they meet on the plane over to India. It also has some of her father and of Ravi the man that severely disappointed her.
I had a fun time with this read, although it starts off with a bang and a lot of emotion, the rest of the book is playful and interesting. It follows the family through India and their adventures while there, and gives the reader a bit of India (at least it seems that way to me having never been). At its core this book is a feel-good romance with some whimsical settings. I think that some of the sections probably could have been omitted but I also wanted to know more about the characters. At times I felt like some of them were too one note, and other times they were better developed.
I enjoyed the romances the built throughout this trip and it was very rom-com-esq. If you like that sort of book, I think this might be for you. However, if you have a trigger over cheating and cheaters, that might be an immediate turn off since the book starts off that way. There is also mention of suicide.
Overall, I enjoyed the read, I would be interested in another book following some of the other characters as well, they were all a lot of fun to read about.
About the Author 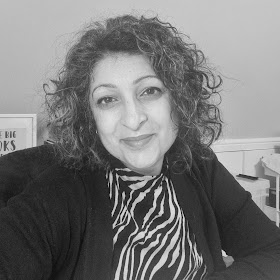 Ritu Bhathal was born in Birmingham in the mid-1970s to migrant parents, hailing
from Kenya but of Indian origin. This colourful background has been a constant source of inspiration to her. From childhood, she always enjoyed reading. This love of books is credited to her mother. The joy of reading spurred her on to become creative in her writing, from fiction to poetry. Winning little writing competitions at school and locally encouraged her to continue writing.
As a wife, mother, daughter, sister, and teacher, she has drawn inspiration from many avenues to create the poems that she writes. A qualified teacher, having studied at Kingston University, she now deals with classes of children as a sideline to her writing! Ritu also writes a blog, www.butismileanyway.com, a mixture of life and creativity, thoughts and opinions, which was awarded first place in the Best Overall Blog Category at the 2017 Annual Bloggers Bash Awards and Best Book Blog in 2019.
Ritu is happily married and living in Kent, with her Hubby Dearest, and two children, not forgetting the fur baby Sonu Singh.
Find the Author
Facebook | Instagram | Twitter | TikTok | Website 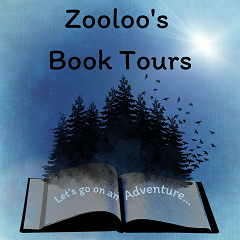